skip to main | skip to sidebar

This blog will no longer be updated but left in situ.

After a decade I finally got round to scanning in the Space Manual! 😅😅😅 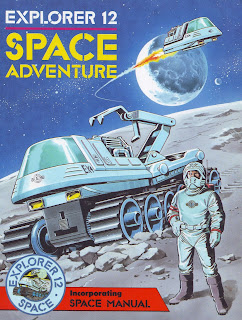 Does anyone have a copy of this? I can encode and upload to YouTube!

Bill over at Project Sword kindly sent me these that he discovered on the Daily Mail archives. 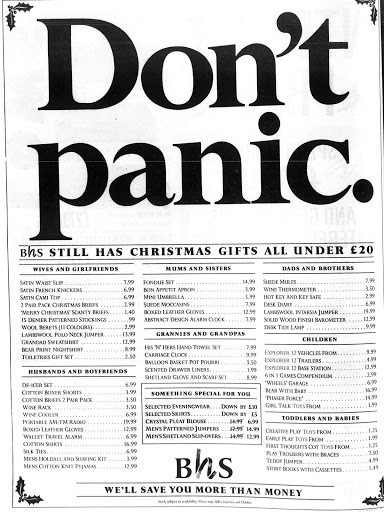 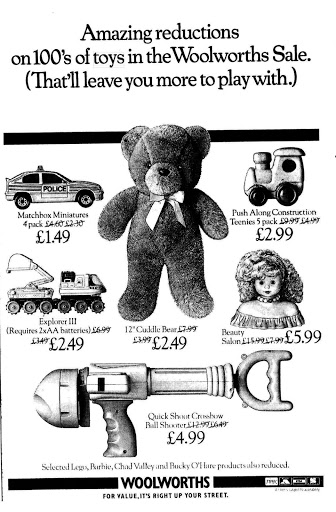 Article from "The Times"
BHS unveils toy range with the Conran touch
The Times (London)
August 25 1987, Tuesday
Copyright 1987 Times Newspapers Limited
Section: Issue 62856.
Length: 316 words
Byline: DEREK HARRIS, Industrial Editor
Body
BHS, the former British Home Stores which, as part of Storehouse, has been given the Sir Terence Conran flair treatment, is launching a new range of toys from the Storehouse chairman's design team. The range will go on sale in October.
BHS sees it - at a time when Storehouse's future as a possible bid target remains unclear - as strengthening the BHS label in the store chain's drive to change its image and consolidate its position further up market.
The range of Explorer 2 futuristic vehicles built on a non-violence theme is aimed at the Pounds 140 million market represented by children aged between five and ten.
Mr Mike Williams, BHS's merchandise controller, said: 'There appears to be an arms race among certain sections of the toy industry for who can produce the next more horrific concept. Our children may love it but it has gone beyond reasonable levels.' The new range, he believed, would be highly stimulating while diverting children away from violence and destruction
Explorer 2 will be backed by Pounds 250,000 promotional spending.
Mr Denis Cassidy, Storehouse deputy chairman and BHS chairman and chief executive, said; 'The move on toys means that we are at BHS now in all the major areas building on our own strong brand.
'We have done a remarkable job in moving from a trading policy based largely on price three or four years ago into one which injects more style, more reliability and more obvious quality, yet retaining the value for money.'
Refurbishing of BHS stores has involved an investment of about Pounds 200 million. The chain, which has 129 high street outlets, increased pretax profits by 20 per cent from last time, Mr Cassidy pointed out.
The BHS store opening programme is continuing with a new outlet due at Harrow, Middlesex, in October and a rebuilt one at Mansfield, Nottinghamshire, due to open in November.

I received some pics of from Massimiliano Brusa in Italy of his Explorer. A small pic of this type can be seen on the box of my Woolworths Explorer.

Got this from china still boxed and very good condition for the grand sum of £20. This is my first complete Terrain Explorer :-)   Now to find the trailers! 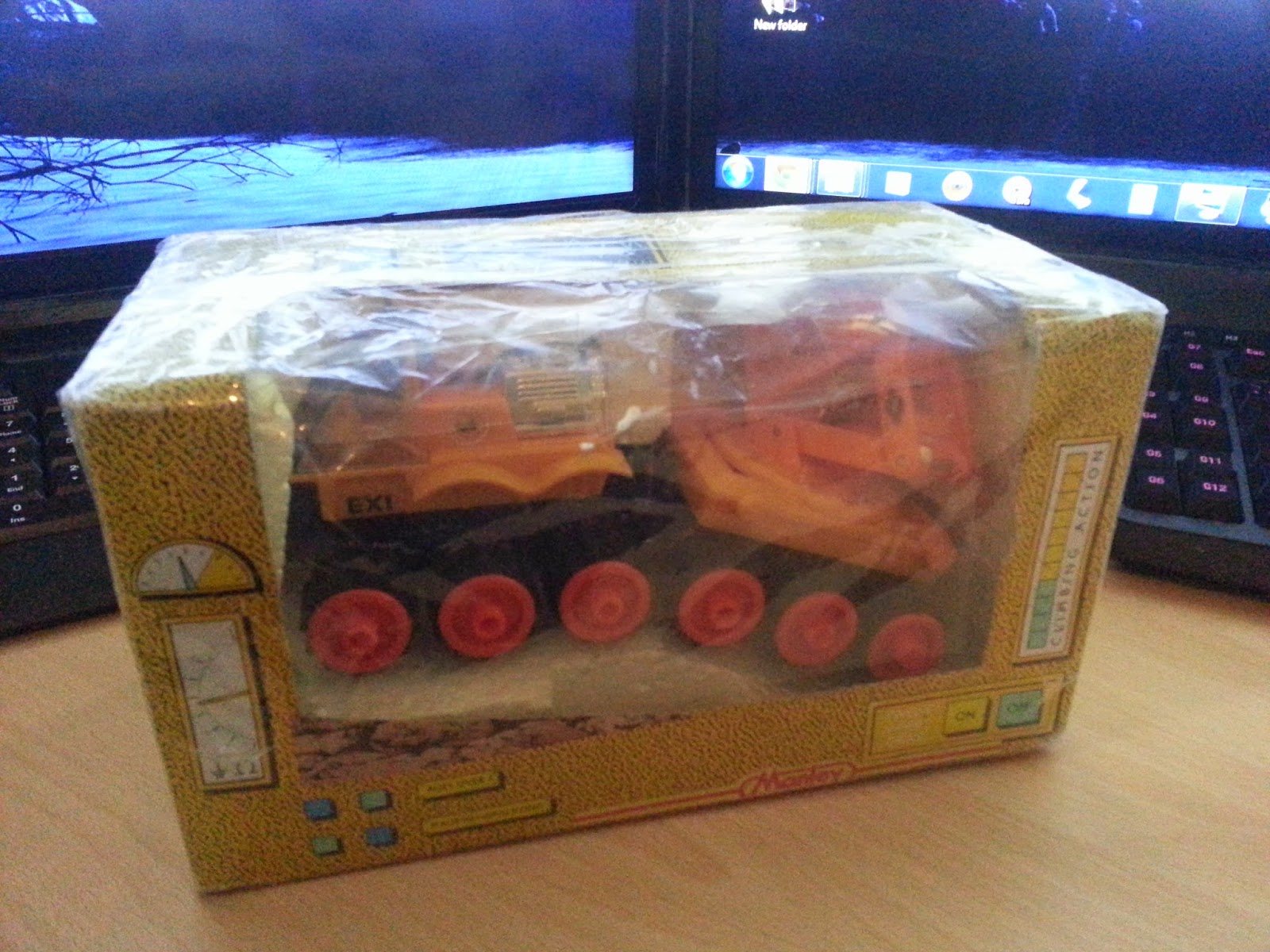 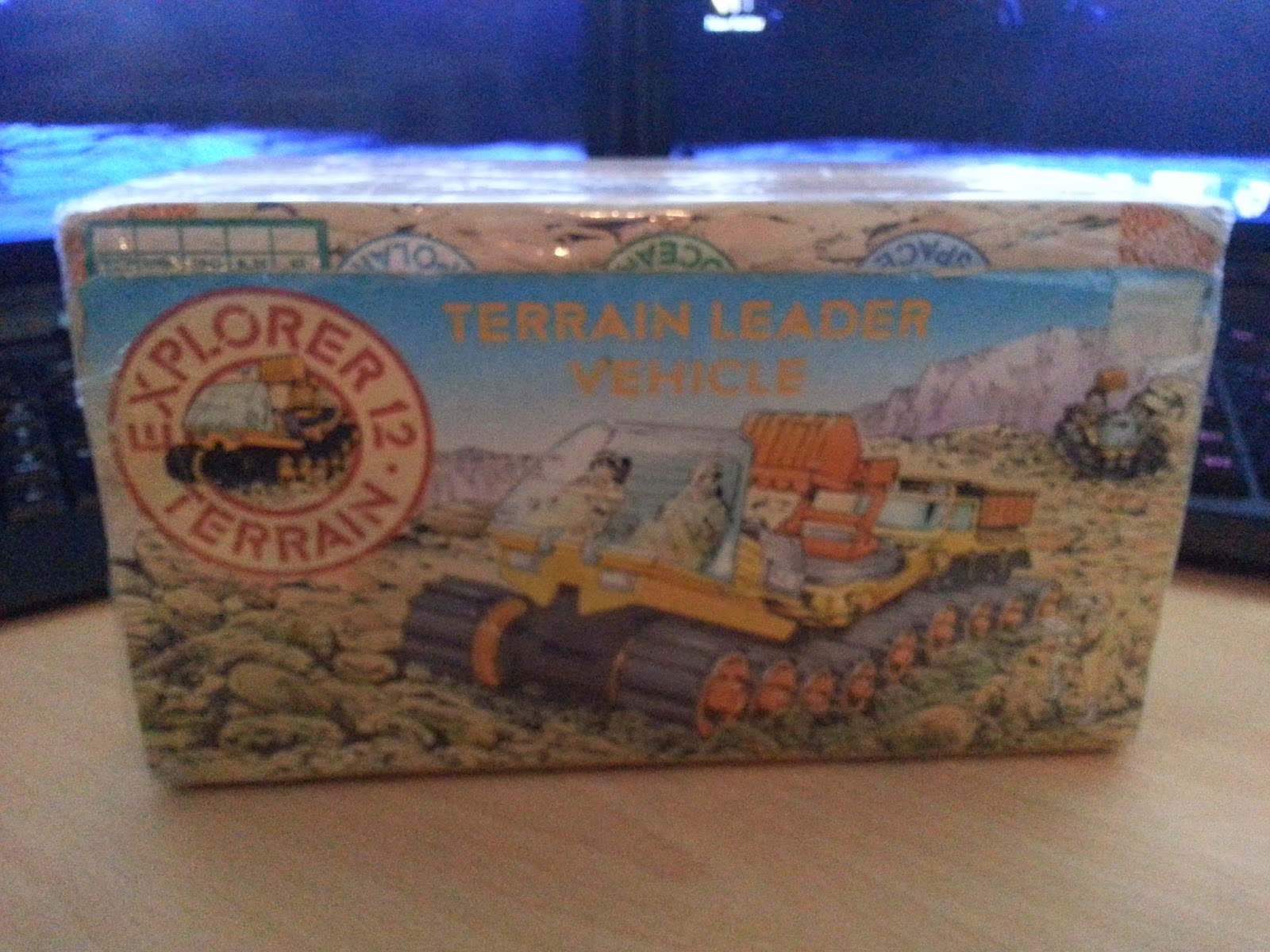 Acquired this one last year for about £50 from Argentina complete with red snow plough. Its the same body shell of the American Explorer but this time boxed and in a much more pleasant colour scheme. 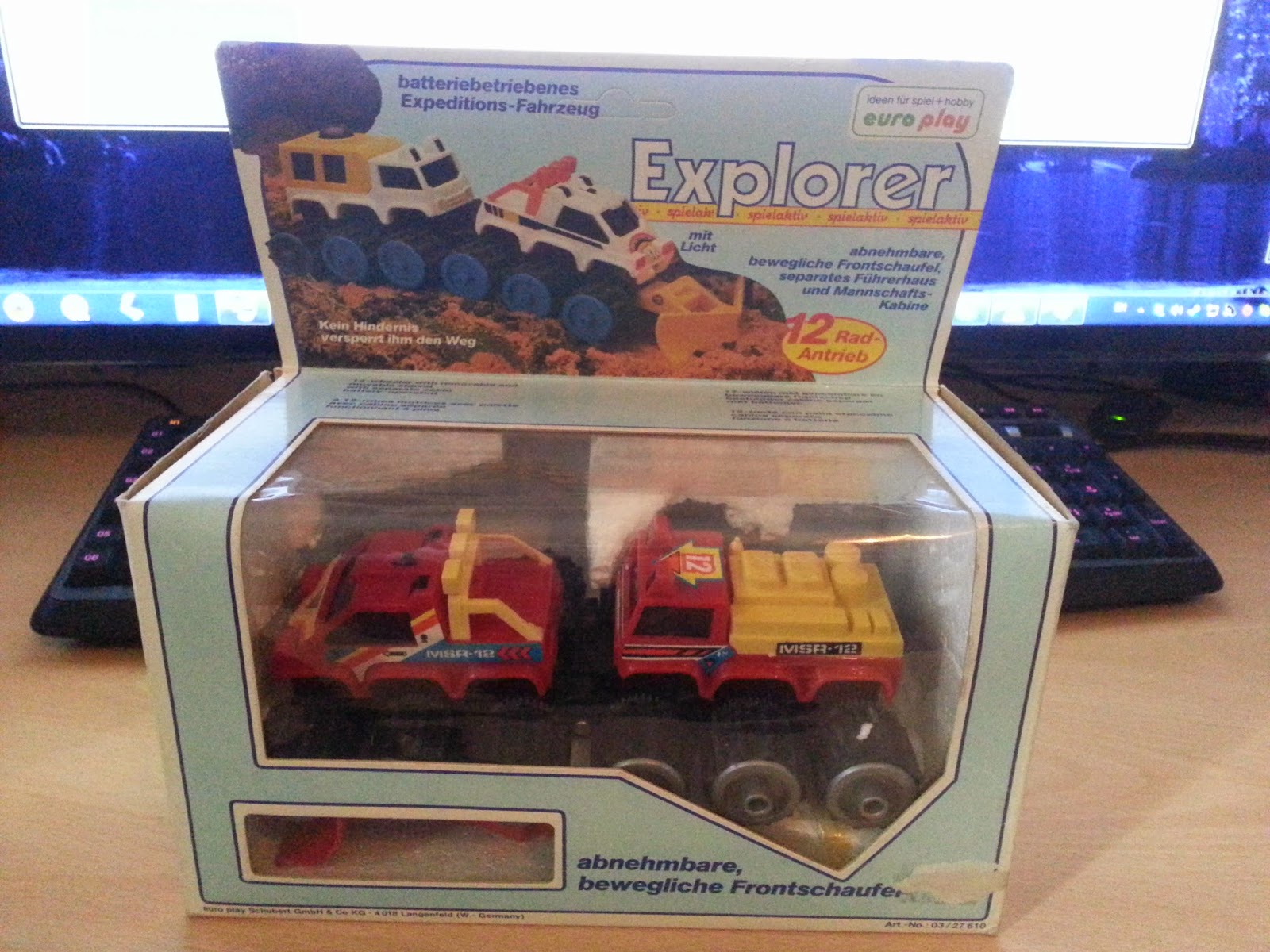 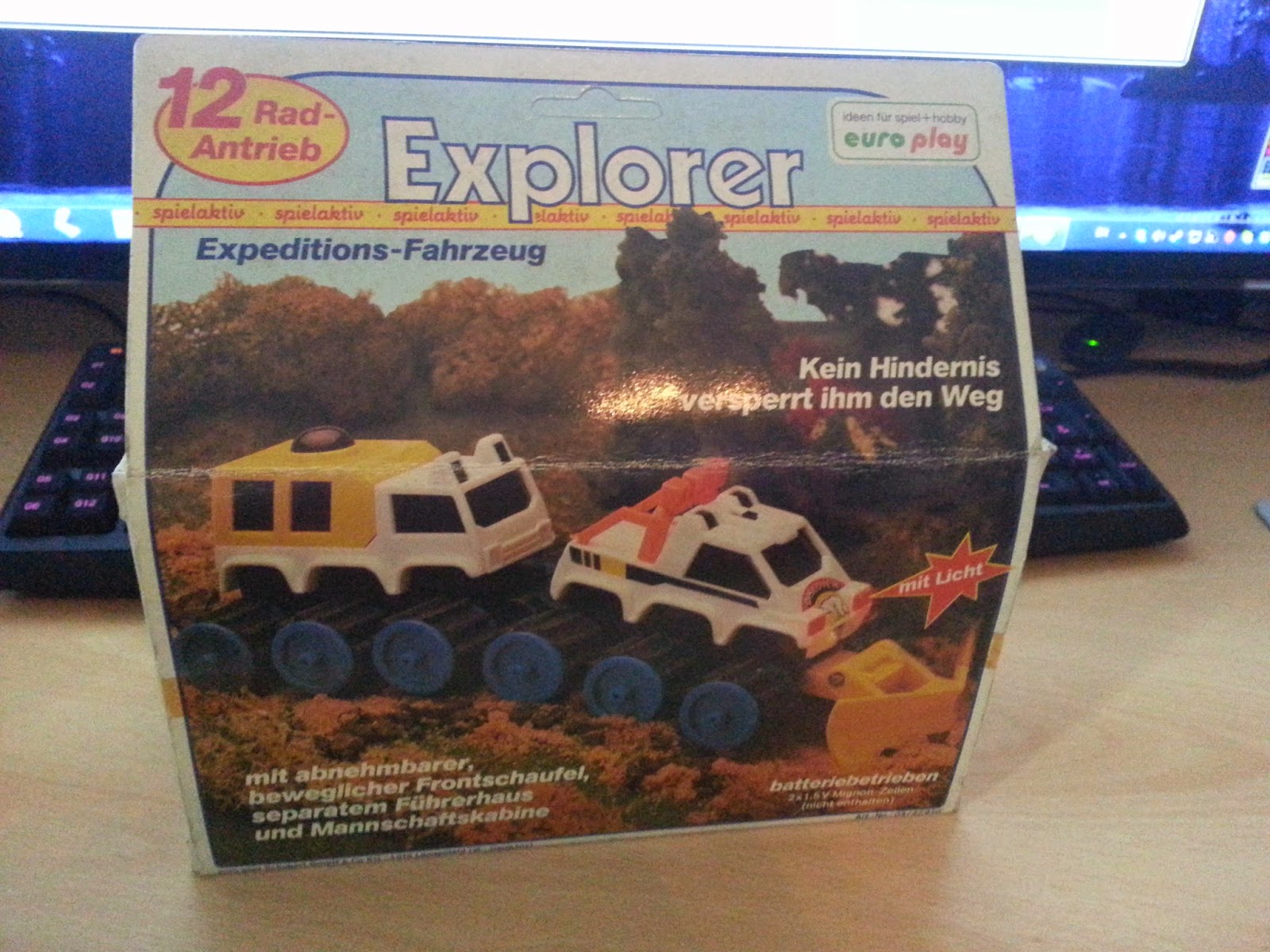 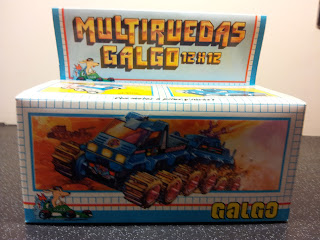 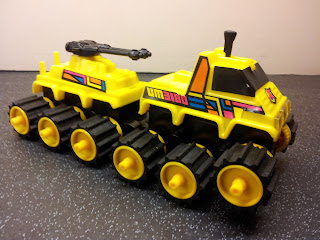 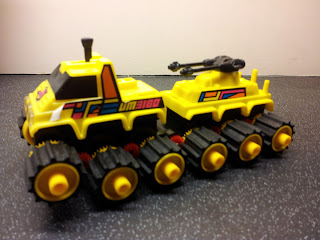 Picked up from Ebay Argentina last year and found by Bill comes another incarnation of the Explorer range. This yellow vehicle share a similar cab design to the American model however the leading chassis is different with a raised leading wheel set while the trailing vehicle has a mounted turret, the first piece of weaponry Ive seen on a Explorer Toy! The vehicle is stamped GALGO on the underside and not SuperToys Inc. This version is made of a much cheaper plastic.
Posted by MrJay at 23:14 5 comments: 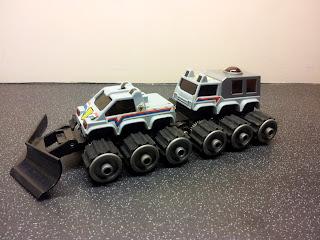 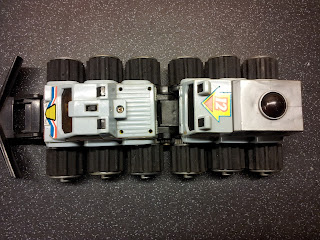 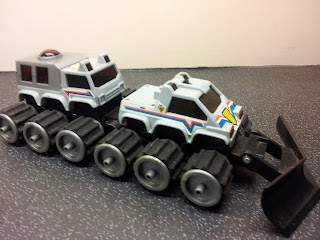 Recently acquired off eBay and possibly part of the presumed American Explorer range. See http://explorer12s.blogspot.com/2009/09/woolworths-explorers.html for more thoughts.
Posted by MrJay at 17:10 1 comment:

Looking through my dupliate/spares yesterday I had an idea. I could complete my Space Explorer set if I took the Mechanical Excavator from a battered and broken Terrain EX1 and fit it on the back of the spare Radar Dish trailer to create the missing Mechanical Excavator! So I now have a full Space set plus a full Polar set. This now means I have a miss coloured Radar Dish mounting which can be remedied by a paint job to complete my Ocean set. I still have the problem of not enough trailer chassis but I do have a good few busted by primary vehicles chassis which can be disassembled and modified into trailers by use of the included tow bars. This is due to the modular construction of the vehicles, if you look at the parts the toys are constructed of you'll see their all the interchangeable just with different coloured plastic. More to come on this topic! 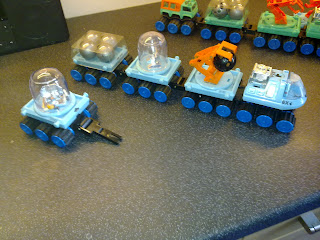 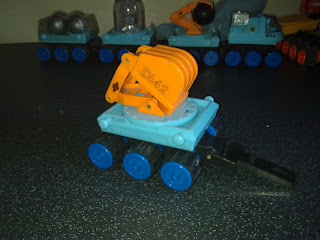 MrJay
United Kingdom
The Explorer 12s were a range of battery operated vehicles available exclusively from British Home Stores in the late 80s/early 90s. At the time I was roughly 5-7 years old and I don't know much about BHS's goals for the range so most of the information on here is from what I've been able to gather over the years and a little speculation. I have tried to contact BHS many times on the subject, to date I've yet to get a reply. Another curious thing is that there is nothing on the internet regarding them either and very few people remember the toys, this is the reason I have started this blog. The range included books,patches,vehicles,trailers, base station and other merchandise was released. Im looking to hear from anyone that remembers the toys/still has the vehicles or other materials/pics or any information so I can add it. Im also looking for vehicles for sale or swap! joelang6126@gmail.com